Italy finds itself divided at the start of the so-called “Phase Two” of its containment.

Some like the “new normal” based on the measures announced by the government of Prime Minister Giuseppe Conte, while others do not.

Experts, lobbies and citizens consider some of its aspects both arbitrary and unreasonable.

As of last Monday (May 4), for example, it is now allowed to visit family members – provided they live in the same area.

“The law allows me to visit my little cousin, whom I only meet at Christmas, but not my dearest friend, whom I have known since I was nine,” complains Francesca, a saleswoman. Sicilian, 27 years old, at EUobserver.

Phase two also makes the wearing of a mask compulsory in indoor places open to the public and allows the restart of many – but not all – commercial activities. For example, shops selling products other than food or basic necessities remain closed, as well as tourist activities.

“We don’t think phase two is enough,” says Marvj Rosselli, director of the Modena branch of Confesercenti, an association of trade, tourism and service companies. Modena is a rich industrial city in northern Italy, but the situation is dire.

“We are particularly worried about micro-enterprises. If things continue like this, only in the province of Modena will they close by the hundreds. Retail trade, but also businesses linked to the tourism sector, risk paying a very high price “.

While acknowledging that it is not easy to govern Italy in an unprecedented emergency, Rosselli points out that many small businesses are still waiting to receive the aid promised by the government in March.

“Prime Minister Conté apologized,” she said. “However, as one businessman told me, you don’t pay the bills with an apology.”

According to Rosselli, companies feel that government decisions are not based on well-thought-out strategies.

“Why let museums reopen but not small businesses? Those who were allowed to stay open during confinement have shown they can work safely.”

From Livorno, a coastal town in Tuscany, Federico Pieragnoli, 50, director of the local branch of Confcommercio (main lobby for trade, tourism and service companies), says: “The measures adopted by the government to help businesses have proved ineffective. Taxes have been deferred now, but only to June 30. How can entrepreneurs whose businesses have been closed in the past two months think about paying taxes on June 30? Where should they find the money?

The government has allocated 400 billion euros but, says Pieragnoli, these are “guarantees, not financing. Unfortunately, it is not money that goes directly to entrepreneurs. Banks examine the credit situation of each company . If they don’t see fit to invest in a business, they don’t lend it money. ”

To date, for example, only a very small minority of restaurants and bars have had access to loans of € 25,000, according to Pieragnoli.

Hairdressers are also prohibited from reopening for now. Many of them have expressed their frustration.

“We are aware of the importance of safety. I have already reserved a plastic face shield in addition to the mask. Plus gloves, disinfectants and the rest,” says Melissa Buonviaggio, 47, hairdresser in Ancona, in central Italy. .

Even though she’s not working, Buonviaggio continues to have expenses: “I asked the salon owner if we could halve or suspend payment for my closure. She said no, even though I was paying the rent on time every month. for 21 years “.

The situation is also very difficult for Gregorio Carello, 39, owner of a clothing store in Trieste, an elegant Adriatic town on the border with Slovenia.

“I opened the business last year, making a big investment. I invested in advertising and 2019 went well. I was hoping this year would be good too, but now I haven’t more income for two months “. Carello received € 600 in aid from the Italian government, but it’s a drop in the ocean.

“We micro-businesses are suffering more than anyone.”

Venice, for example, has been completely empty for two months, with the exception of residents. Simonetta Busulini, 57, is one of them. It has a four-star hotel in the Lido, where the Venice Film Festival takes place every year.

“We have been closed since March 7, and since then the job has been to manage customer cancellations,” she says. “I do not know when I will reopen. I have several fixed charges, dismissed employees. I am optimistic, but sometimes I feel discouraged.”

Trade and tourism are in dire straits.

And the manufacturing sector, traditionally a mainstay of the Italian economy, is hardly better off.

“The current situation is almost tragic. Two months of potential orders and turnover have been lost,” said Alfredo Mariotti, 74, director general of UCIMU (lobby of robot, machine tool and automation systems) based in Milan.

Usually the silver lining of the Italian economy’s problems is exporting. Not this time. “This crisis is affecting the whole world, so we cannot hope to offset the fall in domestic demand with orders from abroad,” commented Mariotti.

From Padua, in the north of Italy, Carlo Valerio, 67, entrepreneur and president of the provincial section of Confapi (lobby of small and medium-sized enterprises), declares: “Italian manufacturers have restarted, and all companies have gone. now equipped with security tools for their employees “.

According to Valerio, during the lockdown, the government made the mistake of shutting down businesses in entire manufacturing sectors, “including those that could have worked safely and continued to export. It’s not easy to see the logic of certain political decisions. The government is treating us as if we were children. ”

However, this is not the government’s fault, according to Giacomo, a 69-year-old retiree. The EUobserver meets him queuing outside a butcher’s shop in Vicenza.

“Conte is our best politician since [former Italian prime minister] Romano Prodi, ”he says. “What is the opposition led by Salvini doing instead, apart from criticizing?” What are some regional governors doing, like the one in Lombardy? What about Europe? Do the Germans know that if Italy collapses, no one will buy their cars? “

Antonio Varrone is director of the branch of Confindustria (the association of manufacturing and service companies) in Molise, a small region in southern Italy. For him, the measures taken by the government to protect public health are correct.

The problem, according to the 74-year-old manager, lies in “Italy’s institutional structure, which greatly affects the country’s capacity for growth.

Regionalism is unbridled here: in addition to the national government, there are 20 regional governors who feel they are masters of their territory and legislate without a strategic vision of the whole country “.

Last week, Conte said the government was considering postponing the opening dates for bars, restaurants and hairdressers, which could restart on May 18.

The stakes are high and, as the Prime Minister recalled, “if we want to avoid painful setbacks, we need more than ever collaboration, a sense of responsibility and respect for the rules by all”.

Previous ICICI Bank launches ‘ICICIStack’, a comprehensive digital banking platform, IT News, ET CIO
Next Montenegro to build up to 2.5 billion euros of container terminal at the port of Bar 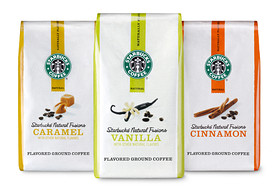